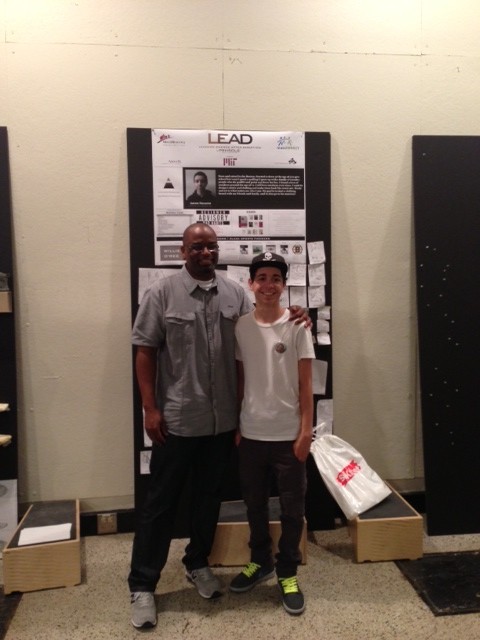 Massachusetts is second only to Oregon in the nation’s $50+ billion footwear industry. LEAD (Leaders Emerge After Direction) by PENSOLE – a hands-on, intensive, three-week footwear master class – was created to discover, encourage and develop black and brown Boston youth to become creative leaders, and to offer a once-in-a-lifetime opportunity to break into the footwear design business.

PENSOLE hand-selected 30 aspiring designers from a field of more than 300 in a search through Mesh01.com to receive scholarships provided by Mass Impact to the LEAD master class, which will be held at Massachusetts Institute of Technology, Cambridge, MA.

The class will include visits from top designers from Reebok, New Balance, Converse, Puma, Nike and Jordan Brand. LEAD, a program of PENSOLE, will culminate on Friday, July 11 at the Revere Hotel in Boston, with final presentations judged by footwear, design, strategy and sales industry experts.

“As one of the first people of color to enter the footwear industry, it has been a personal goal to create a program focused on providing black and brown youth the opportunity I did not have,” Edwards said. “I want to thank Mass Impact, AbekaM and MIT for providing me and these aspiring designers the opportunity to show the footwear industry what can happen when you invest in our youth.”

PENSOLE’s “learn by doing” curriculum teaches students the footwear design process: inspiration, concept-development, design process, problem solving, materials, business, networking, marketing, and branding. Each student walks away from the experience with a new outlook on design and what it takes to become a creative leader.

LEAD, a program of PENSOLE, comes at a time when Boston is facing a crisis with black and Latino young men; they make up almost two-thirds of Boston’s young men 19 and under but are critically in need of job training and workforce development in order to fully participate in the economic success of this city and state.

LEAD is co-sponsored by AbekaM Consulting | Foundation and is a Project of Think Big Dream Big. Additional program supporters who are working to further pathways to college and careers for Boston’s youth include the Boston Foundation, Barr Foundation, and Boston After School and Beyond.

D’Wayne Edwards, a celebrated member of the global footwear community for the past 25 years, founded PENSOLE to give talented young design students—regardless of socioeconomic background—an opportunity to learn from the industry’s best, without financial barriers, and to provide the industry with a farm system for the next generation of footwear designers.

In less than three years since the first PENSOLE class, more than 70 Academy graduates are working professionally, full-time or as interns for footwear companies worldwide, such as Cole Haan, Reebok, Converse, AND1, North Face, New Balance, Under Armour, Stride Rite, adidas, Brooks, JORDAN and Nike.